I had stopped at the Wise River Ranger Station to ask about the condition of the Melrose to Dewey road via the charcoal kilns. The road condition was good the ranger reported. But… how did I feel about being on a single lane road with a shear drop off and potentially lots of backing up if I met someone else driving the road? She described everything I feared. This was a short section of road from the valley floor by the kilns to the high plateau called Vipond Park. She thought there wouldn’t be much traffic on the road, but it was bow season now so?

Off I drove the next morning from my camp site at Maiden Rock (west) fish access site to the charcoal kilns. 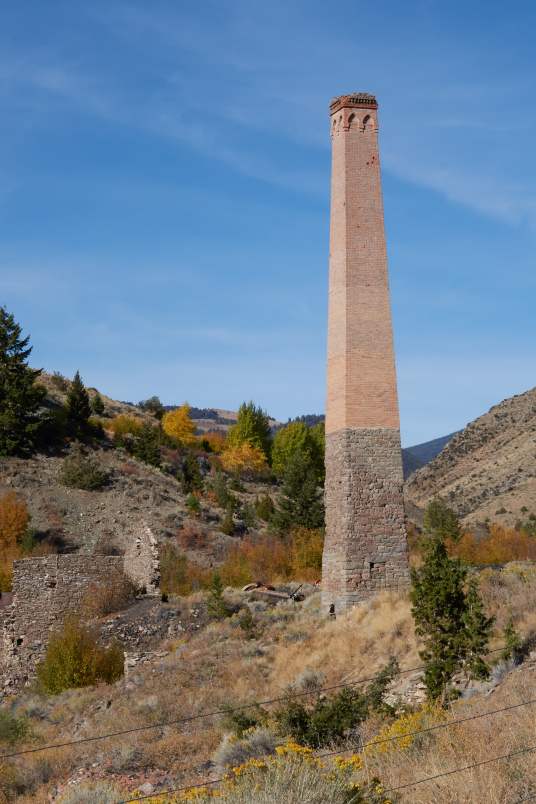 Glendale.  On the way to the charcoal kilns.

The road to the charcoal kilns

The kilns are cool.  An explanation at the kilns indicated that it took 15 days to make charcoal out of approximately 35 cords of wood per kiln. 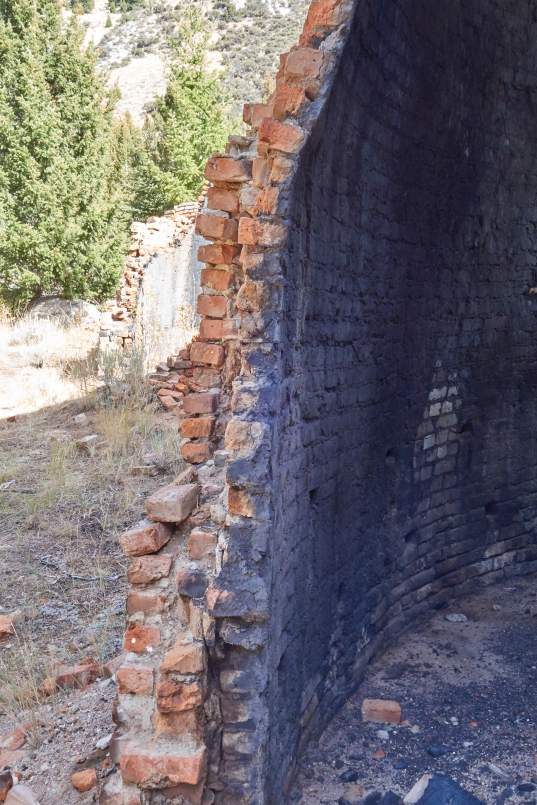 I was surprised at how thin the kiln walls are

I had planned to look at the exposed road and turn around if I didn’t like it. I would then drive in from the north. But at the kilns I got courage. I hadn’t seen anyone on the road yet. That was a good thing giving me slim odds that I would meet someone on the scary section of the road and have to do some serious backing up. I couldn’t see the road, so it didn’t look bad. Also, at the kilns there was a visitor sign showing the road and it only mentioned that buses, RV, and trailers were not recommended. It couldn’t be that bad I thought. I knew how to drive 5 mph, hug the up hill side, and not look over the side. I drove on ready to slink up hill.

At the bottom of the road I met my first car of the day. He didn’t wave when we passed and he wasn’t smiling. I noticed he was a visitor like me, he had Ontario plates. Hum. He had just driven down the scary section of road. I didn’t think of it until later, but perhaps his dourer look had to do with driving the scary road. I turned up the scary road section and checked my odometer to watch my progress. Two miles to Vipond Park the sign indicated. I hoped I wouldn’t meet someone driving down. The road changed from gravel to dirt with large rocks sticking out of the ground. I diligently identified wider spots that I might backup to if needed to let someone pass. The road got more exposed and my stomach was in a knot. I hoped again I wouldn’t meet someone driving down. I told myself to relax. My fears were irrational. I hadn’t seen any crashed vehicles over the edge (but I wasn’t looking over the edge either). Turning around was not an option. Up I drove. I did some mental math: How long does it take to drive two miles at five mph (12 minutes). At ten mph (6 minutes). For a fleeting moment I thought about taking a picture, but that most likely would have resulted in me looking over edge plus extend my time on the road. No picture. I drove on. Another blind left turn and…  I was at the top. Deep breath and I relaxed the stomach muscles. I should have stopped to take pictures and see the view from the top, but I was so relieved about making it to the top  I just kept driving wanting to forget the episode. 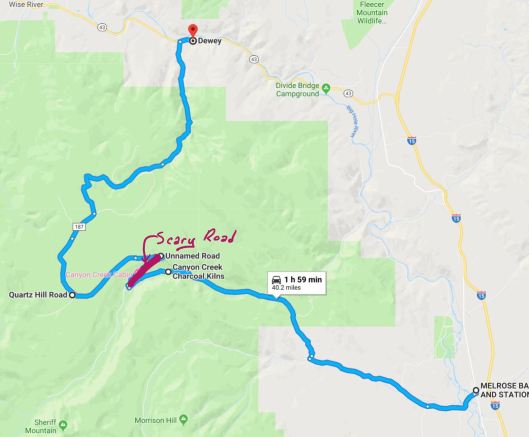 Vipond Park is a huge plateau. Oh My. I drove for miles through the plateau. This is the ultimate big sky view. I didn’t try much to capture the view with a camera. You need to see it in person. But I got a few pictures of my dogs. I want to come back when the wild flowers are blooming. 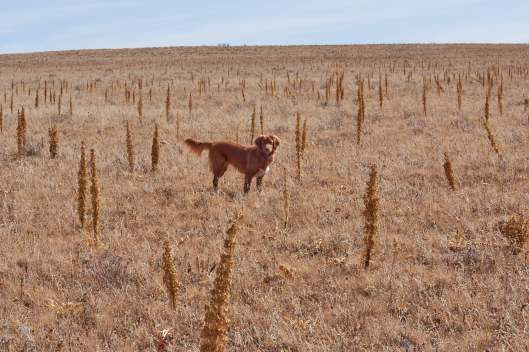 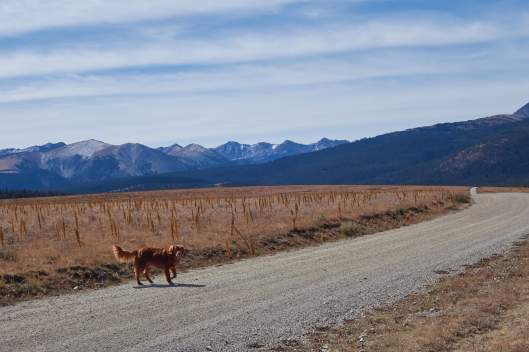 On I drove to the north.  At one point  the road ventures through the old mining town and mine of Quartz Hill.  Curiously, I didn’t see any evidence of outhouses at Quartz Hill. 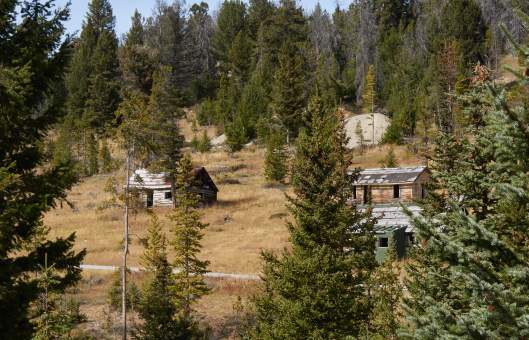 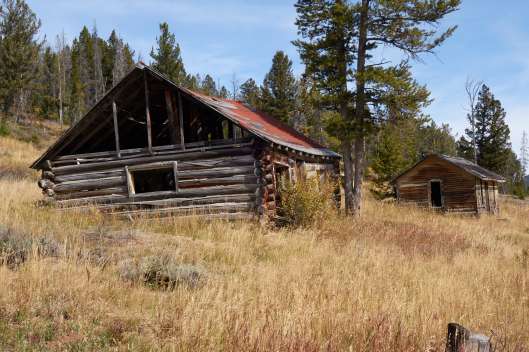