My plans had been to go to the Red Rock Lakes National Wildlife Refuge. I had been diligently watching the weather forecast. The forecasts weren’t promising. Would the road to Red Rock turn to gumbo with rain? Could the place get an early snow and make driving there risky? The Bannack State Park ranger didn’t know about the road and suggested I ask at Lima. I left Bannack driving in snow and hail. Thirty-two degrees was the outside temperature my truck indicated. I believed the snow would stop soon. The weather forecast was for a high of 54 degrees.

By the time I got to Lima at 11:30; 70 miles from Bannack, the temperature had risen and fallen. The truck thermometer still read 32 degrees. So much for the 54 degree forecast high temperature. Red Rock is 500 feet higher than Lima. The snow and hail hadn’t stopped, although it was falling lightly. I wondered about the road.  I called the Red Rock NWR office but got a recording. Duh; it was Sunday. I asked at the gas station about the road. The woman working hadn’t driven the road for a few years. She suggested I call a lodge at Lakeside. A wonderful idea but no one answered the phone. So I asked the friendly gas station lady what was the worse case scenario. No steep hills, no shear drop-offs and the road was well used. We decided that the worse possible event was that I couldn’t make it up a hill and someone would come by and either help me or send help. And that scenario was unlikely. I made the decision to drive to Red Rock.  It was time to stop being a wimp.  The road started out in pretty good shape and stayed in good shape. Just some really bad washboard now and then.

Centennial Valley. On the road driving to Red Rock.  Not the best weather.

The snow had stopped and there was just light rain. Up and down the road went and I felt privileged to experience the land.  I had made the right choice to drive to Red Rock. The road hadn’t gotten the rain/snow/hail that I had experienced up north. And while driving it was a balmy 37 degrees. I reached the Lower Lake Campground and it started seriously raining with some thunderstorms.  After I set up camp I jumped into the trailer with the dogs to spend the day hunkered in reading a book staying warm and dry. 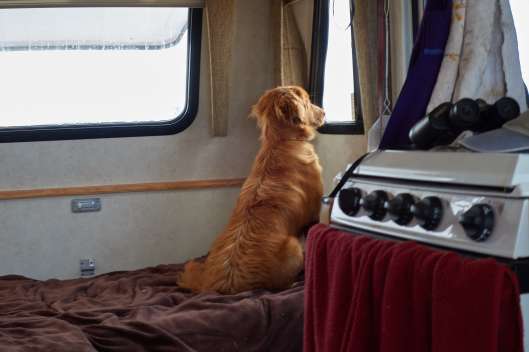 The next day the weather cleared and I continued to absorb Red Rock. I started feeling the place. I felt I was lucky to feel what Montana was like 200-300 years ago. All was good. 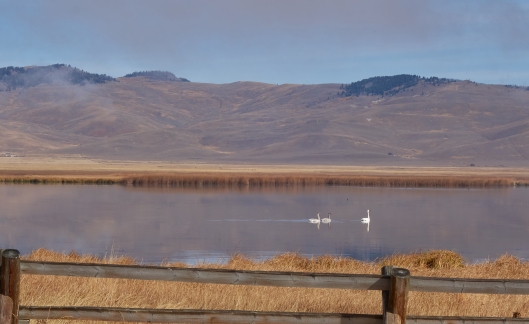 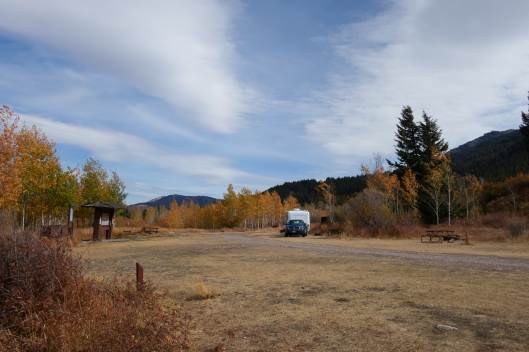 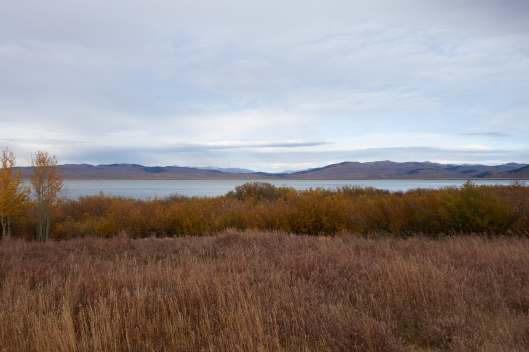 View from the Upper Lake Campground

I was seeing blue bird houses a lot on this trip.  The house below was near Red Rock Pass almost in the middle of nowhere.  Perhaps I’ll build a blue bird house and bring it on my next trip and leave it somewhere.