I headed south, wandering around looking for fall color, fossils, and views. 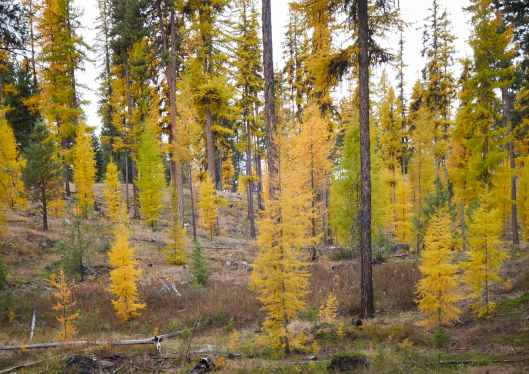 The larches were in full color on road 21 on the south side of the Aldrich Mountains.

The portion of the road along Murderer’s Creek is a peaceful, paved, single land road.  The southern most couple of miles is gravel.

My searching for fossils was a bust.  I had some vague descriptions of where to find ammonite fossils.  Either the vague description was too vague or it was my lack of patience kept me from finding fossils.  But while wandering I saw signs for lookouts.  Off I drove to view the land from the top of the ridges. 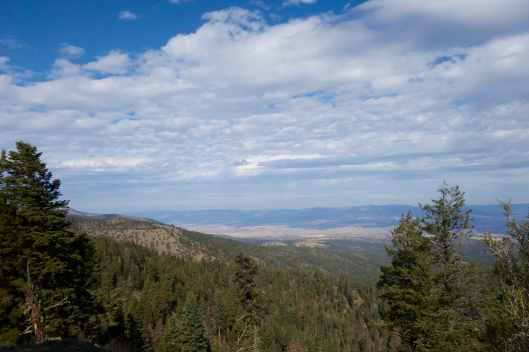 The view from Fall Mountain.

One can rent the Fall Mountain Lookout and an extra bonus is that it has electrical power.  The lookout is next to communication towers so that distracts from a middle of nowhere feel – the price one pays for electrical power.

Then I saw signs to the Flagtail Lookout. In searching the web it appears that this lookout is still staffed by people during the summer.